Get in
Cross Finanz

Since its inception, Cross Finanz has been a leading financial advisor in European - Latin America private transactions.

With offices in Europe and Latin America we are positioned to provide locally based services and execute cross-border transactions.

The Cross Finanz team is comprised of seasoned professionals with a relevant track record in major international financial firms.

The company continues to play its role in assisting corporations and local authorities in some emerging markets, to finance specific projects and to take advantage of the actual trends towards private sector participation in joint developments (Public Private Partnerships).

After 27 years competing in the investment banking sector, Cross Finanz is characterized by its international focus and vision.

Correspondent offices and associates around the world: 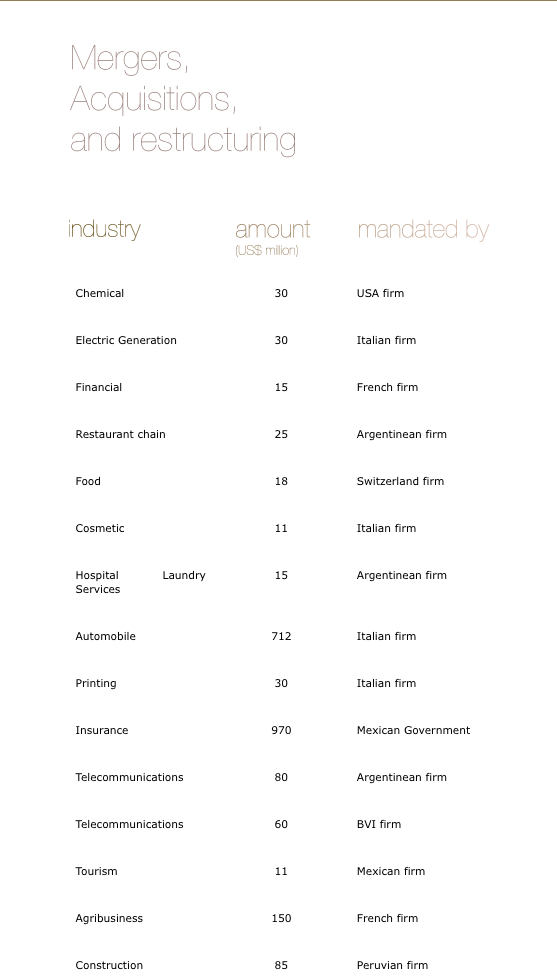 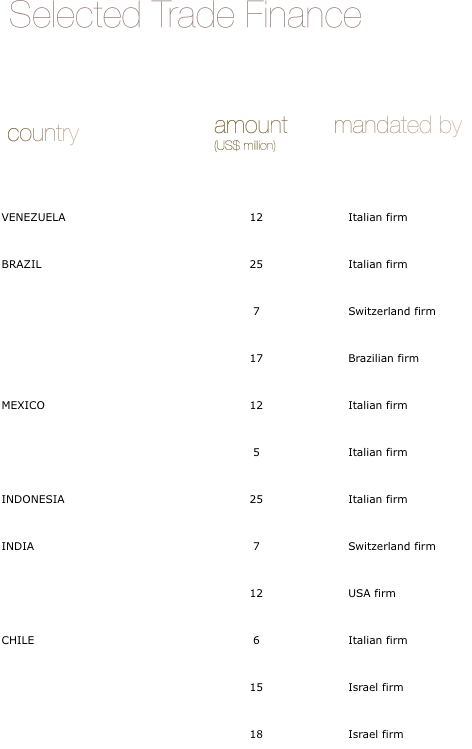 Mr. Ferrari is a Managing Director with Cross Finanz and the Head of the firm’s Latin American operations. He has more than 35 years of experience as an investment banking advisor in Latin America and Europe having executed over 30 M&A transactions with value in excess of US$ 10 billion.

While with Cross Finanz, Mr. Ferrari has successfully advised global and European corporations in its landing in LATAM, regional mergers, acquisitions, joint ventures and project finance. His experience covers a range of sectors including M&A of Banks and Insurance companies, Privatizations, Agro industry, Renewable Energy, Utilities, Oil & Gas, and Industrials.

Prior to Cross Finanz, Mr. Ferrari spent many years in banks all over the world such as Sanwa Bank Japan, the Investment Banking division of BCBA in Spain, USA, Brazil and Italy. He was also Advisor to the International Bank of Albania, Cross Finanz Bank of Cameroon and Mortgage Bank of Paraguay.

During his career, Mr. Ferrari was staff member at the Milan Investment Promotion Service of UNIDO (United Nations Development Organisation), concurrent to the Vienna, Zurich, Koln and Paris Offices.

Later on, Mr. Ferrari spent several years in Argentina as CEO of Banco BICE and Chairman of the Board of Banco NBCh. He also collaborated with the Ministry of Finance as Chief of Staff of the Privatization Unit; and Director of the World Bank programme to develop the National Capital Market.

Mr. Gizzi has an extensive career in the international trade finance industry. Prior to join Cross Finanz he was Head of the Japanese
Division with Contrade Merchant Bank. Later on Manager of Japan, Korea and Hong Kong operations of Cogis. Trading, an international commerce company owned by several Italian banks. Before his return to Italy he spent many years as Representative of Cross Finanz in Hungary, Poland and Rumania